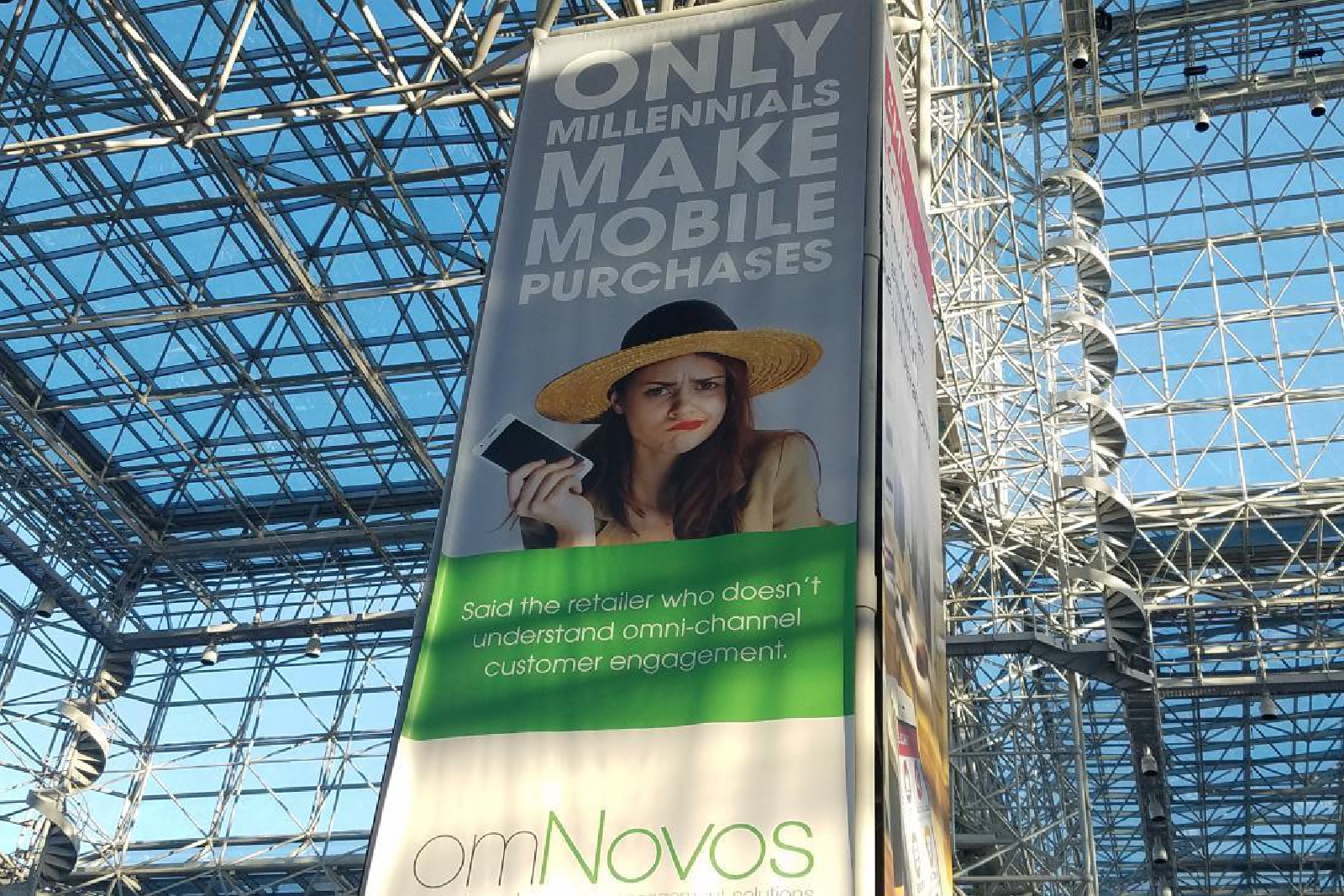 Does the future of retail looks like an iPad stuck to a store shelf?

Safe from the frigid cold of a New York winter, behind the walls of the Jacob K. Javits Center, the National Retail Federation held its NRF 2018: Retail’s NRF Big Show 2018, where thousands of retailers, businesses and LCD screens gather this Martin Luther King Day weekend, dressed in their snazziest suits and nicest cocktail dresses, in an attempt to reinvigorate the struggling retail market. With the rise of the internet and the demand for instant gratification from millennials, brick and mortar stores are desperate to find the next big “thing” to reinvent themselves. To some that’s Augmented Reality magazine covers at the Verizon booth or a Bob Ross POP! Vinyl dancing on the box at the Innovation Lab upstairs.

The future of retail looks like an Apple iPad stuck to a store shelf.

I’m not sure why I accepted an invite to the NRF—there’s no reason for me to be here. The other side of consumerism; the evil underbelly that tracks your every purchase to squeeze every dollar out of you, always seemed like a fictional boogeyman for the Late Stage Capitalism subreddit. I never really gave the idea much thought as I was too distracted by League Of Legends and Overwatch to be concerned about telecommunication infrastructure and omnichannel personalization. But after spending a few hours dragging my feet on the dark, black carpet that turned the convention center into a metaphorical tar pit, that’s no longer possible.

Giants like IBM and Visa use their flashy booths to attract the eyes of potential retailers. “Come see the ways we can improve your business,” says one of the countless PR spokesmen in a sea of tailored suits. It’s impossible to track down it’s exact point of origin since it seems like everyone is doing the exact same thing. Come grab a “I

The names of these companies start to blend together like the snow sludge that bleeds from every corner of this city. Relex, Orsus Group, Emarsys, Dunbar, Rongta, Szzt Electronics: all these names sound like fictional companies that cause catastrophes in a post-apocalyptic space opera. I catch myself saying the names out loud when passing by, like some sort of compulsive tick that allows me to cope with the situation. A few PR reps see it as an opportunity, following me down the aisle for any opportunity at all.

“Are you interested in same day delivery?” asked a freshly groomed PR hopeful. “Not really,” I say as I try to let him down gently. “How about an interview, we’d love to get an article in Newsweek.” At this point, I’m beyond uncomfortable, unamused at this desperate pitch machine trying his best to get his company some clout. “Definitely not” are the last words that leave my mouth before I power walk down the obsidian aisle.

There’s plenty of talks with big name CEOs, like Arianna Huffington; the halls are already full before they even start. To some on the other side of the consumerism glass, who see shoppers as nothing more than dollar signs who haven’t forked over their money yet, this place is a paradise. To me, it’s a nightmare given form, physical proof that the world is grosser than I ever could have imagined. It’s as disgusting as the Javits Center toilets, which were actually cleaner during N.Y. Comic Con.