The Long Lasting Appeal of Charles and Ray Eames

The modern art and design of Charles and Ray Eames remains a staple of Mid-Century style. Now 80 years after they first arrived in Los Angeles, it is hard to imagine modern furniture or architecture without instantly thinking “Eames,” yet their lasting creative collaboration was about much more.

The Eames as a creative pair made many films, created a multi-screen media installation for the 1964 New York World’s Fair, conceptualized a national aquarium, and designed one of the earliest – and most enchanting – solar powered kinetic sculptures.

In honor of Charles’s birthday this week, please enjoy a few Eames-embellished interiors, a reminder of how much the Eameses’ everlasting style remains a favorite of modern design lovers everywhere.

An essential element of their layered living room, the original black bird was a piece of American folk art that caught the couple’s eye while traveling. A favorite of Charles and Ray, it appeared regularly in their photos and advertisements.

The Eames classic molded plywood chair was praised as the Best Design of the Century by TIME Magazine in 1999. What some modern art lovers may not know is that Charles also used his skill and experience molding plywood to help soldiers in the Second World War, when he and Ray were recruited by the United States military to create new lightweight wooden splints and glider shells.

Embodying the best of Mid-Century comfort and cool, this Eames signature seat celebrated its 65th anniversary in 2021.  Enthusiasts will appreciate this photo in the post post from Eames Office featuring images Frank Sinatra, and other legendary A-listers enjoying this most-loved modern seating. 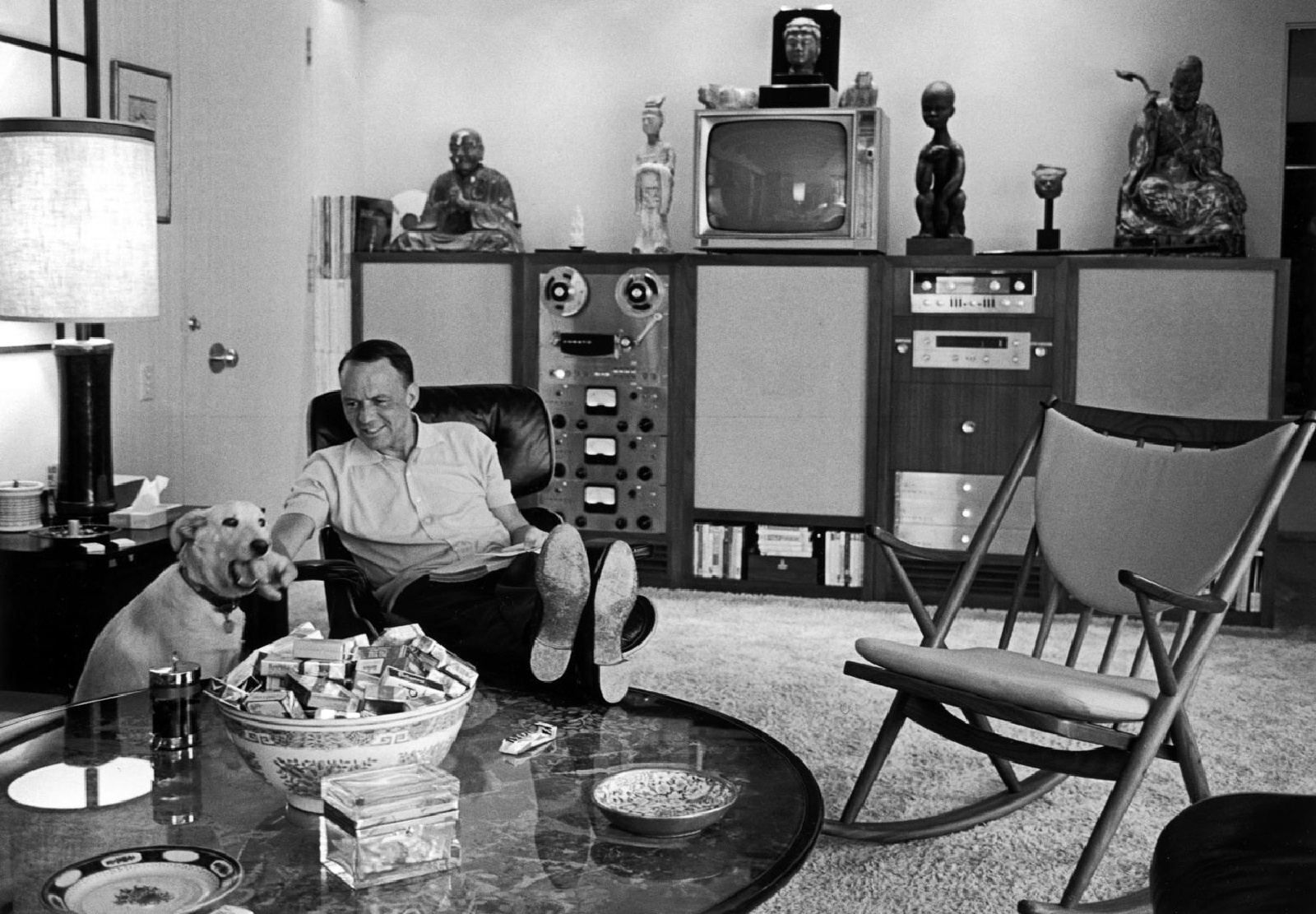 Sporting the clean lines that the Eames design sensibility is known for, the generous proportions of this long and low elliptical beauty make the surfboard table an engaging centerpiece, with lots of room for get-togethers, or for showing off books, art or small sculpture.